201591 minEjtemaei, Ghadimi
+ Playlist
Sign in to add this movie to a playlist.
0

The movie “Bagh-e-Aloucheh” tells the story of a thief and a child in a house درباره .. About the director: Behrouz Shoaib is an actor, director, assistant director and programmer of Iranian cinema and television. Due to his personal beliefs, Shoaib often acts in films with religious themes and chooses scripts with the same themes to direct. But Shoaib is very different from most religious filmmakers. He believes that before saying anything in cinema, one should know cinema, and after mastering cinematic techniques, one should make films on any subject. In the field of acting, although Shoaib’s roles are close to each other, he tries not to enter into a stereotyped format with different performances of these roles. Most people know him in his spiritual roles, as well as in some of the popular movies and series he has directed. Shoaib, who is active in both acting and directing, says of these two types of artistic experience: “An actor is someone who can hide behind his plays and not be seen, but the director can not hide and reveal himself.” Shoaib’s first cinematic appearance is in a film with the genre of sacred defense. He started his cinematic games in 1976 with the successful and prominent film of Ebrahim Hatami Kia, “Glass Agency”.

Be the first to review “Bagh Aluche” Cancel reply 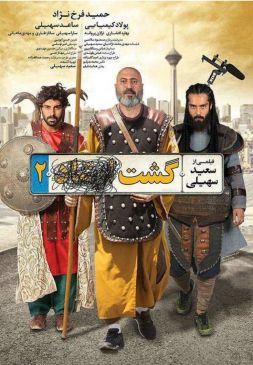