The film “Wind Will Take Us” Members of a film crew travel from Tehran to villages in Kermanshah to make a film about a local mourning ceremony, waiting for the dying old woman. A member of the group, a young urban man, gains a new understanding of the philosophy of birth and life in this remote village after his friends get tired of waiting and leave. The film is one of the top 50 films in world cinema in The last decade was chosen by the Toronto Film Festival. The film was also awarded the Grand Prix of the Belgian Syndicate. The Toronto Film Festival selected the list of the top 50 films of the last decade of the second millennium in a program called “Cinematheque” with a survey of 60 film experts from around the world. He has won the Grand Jury Prize and the Pfeiffer Prize at the Venice Film Festival. “This is the best movie this year, be sure to see it,” Michael Atkinson said after seeing the film on the first day of 2000. 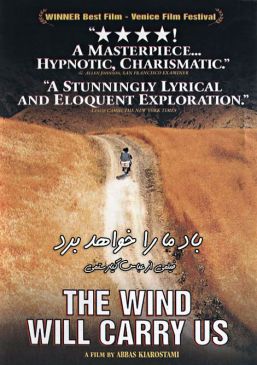