200796 minEjtemaei, Ghadimi
+ Playlist
Sign in to add this movie to a playlist.
0

The wind blows in the meadow: Shoka is a young girl who is forced to marry a backward boy due to family poverty in order to alleviate some of the family problems, but Jalil, a tailor student, is in Shoka’s custody and this causes things to happen. Avard and… About the director: Khosrow Masoumi is the director of Iranian cinema and television. Among the most important works of Khosrow Masoumi, we can mention directing the series The Story of a City, the series Children of Paradise and the film The Wind Wraps in the Meadow. Khosrow Masoumi started his professional career in cinema and in 1986 he worked as a director in the film Meeting. Although the success of this work was not more than his next landmark works such as the story of a city, but it is a good experience for Khosrow Masoumi and he collaborated with artists such as Jamshid Mashayekhi, Parvaneh Masoumi, Shapoor Shahidi and Siamak Atlasi. 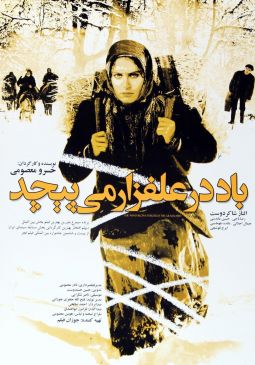