2020Ejtemaei, Khanevadegi
+ Playlist
Sign in to add this movie to a playlist.
+1

The movie after you: A girl who wanders in the chaos of this world in search of happiness, enters a taxi, unaware of how her life will change forever. “After You” is a film in the family-drama and mystery genre, written and directed by “Farhad Najafi” and produced in 1398 by Iranian cinema. The actors of this film include “Mina Vahid”, “Tirdad Kiai”, “Mohammad Mehdi Hosseini”, “Niloufar Parsa”, “Babak Ghaderi”, “Reza Badamchi” and “Nadia Najafi”. The film “After You” with the English name “One Night In Tehran” has been nominated for fifteen festivals in its international tour, and in the meantime, it has won the award eleven times, which can be awarded the Best Actor award. For “Mehdi Hosseini” from the “Queen Palm” American Film Festival, “Best Actress” for “Mina Vahid” from the “San Francisco Iranian Film Festival” and “Best Film and Cinematography” from the “Salento” International Film Festival. The story of this film revolves around the life of a young girl who wanders in the chaos of this world in search of happiness. One day he takes a taxi unaware that his life is changing forever.

Be the first to review “Baad Az To” Cancel reply 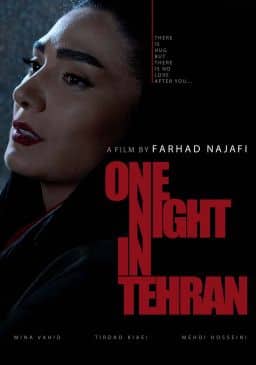