Dear Million Dollar Movie is about Ardeshir Meshkin, the richest man in the world, who is looking for his lost grandson named “Aziz” for his property, and in the meantime, his life and that of those around him are going through strange events. Actors such as Ali Sadeghi, Afsaneh Naseri, Amir Ghaffarmanesh, Reza Shafiei-Jam, Houshang Harirchian, Ebrahim Karimi and Morteza Reyhani have played roles and acted. In this film, about 12 actors have gone in front of the camera, which in terms of the number of actors can be considered a multi-actor work. From this point of view, directing the beloved film of millions of dollars has been a very difficult task considering the number of actors and their management; It should be examined whether Omid Niaz as a director and as an actor, as well as the beloved million-dollar acting team, have been able to succeed in this field and show brilliant performances? Other actors in the million-dollar film include Aram Yousefnia, Shamila Tabesh, Mohammad Hossein Hadian, Babak Karbasia and Zohreh Molavi.

Be the first to review “Aziz Milion Dollari” Cancel reply 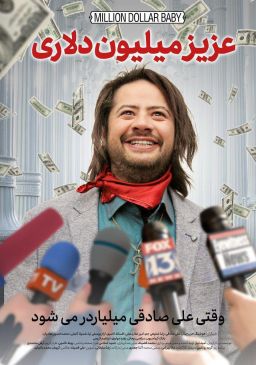