The film begins with a theme, the main character of the story, the torpedo, played by Mirtaher Mazlumi. After what happens to him at work, he suddenly realizes that he has a unique power and ability that can help him. Through this new feature, in his dreams and dreams, he wanders wherever he wants and takes revenge on anyone he wants or kills him, and finally, after waking up, he sees it happen. Director and Producer: Reza Sobhani, Screenwriter: Javid Sobhani Based on a design by: Yazdan Ashiri and Mohammad Reza Arianfar, Director of Photography: Fereydoon Shirdel, Editor: Nazanin Mofakhm – Shima Shokri, Music: Mani Manadizadeh, Director: Peyman Jafari, Assistant First Director and Programmer: Mohammad Abdizadeh, Design and Sound Composition: Erfan Yazdi, Sound Designer: Amir Shahverdi, Costume Designer: Jahangir Mirzajani, Costume Designer:

Be the first to review “Azhdar Iranian Movie” Cancel reply 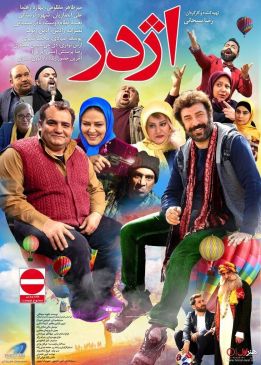