2013109 minComedy, Khanevadegi
+ Playlist
Sign in to add this movie to a playlist.
0

In his latest film, a famous movie actor decides to play with his real wife, but this event causes his wife to become so famous that the attention is focused on the actor’s wife. This issue causes the annoyance and jealousy of this famous cinema actor. In this situation, his wife, who is now famous, is running away from home. This film, the best film and screenplay of the 32nd Fajr Film Festival, directed by Behrouz Afkhami, was screened on August 22 under the direction of Farhang Cinema. The script of the film was written by Marjan Shir Mohammadi, the wife of Behrouz Afkhami, who had previously written a novel of the same name. “Azar, Shahdakht, Parviz and others” has a social story based on human relationships. The film participated in the 32nd Fajr Film Festival. The film Simorgh Blorin received the best film and screenplay and was nominated for Simorgh Blorin for Best Actor, Best Supporting Actress, Best Director and Best Costume Design. Actors: 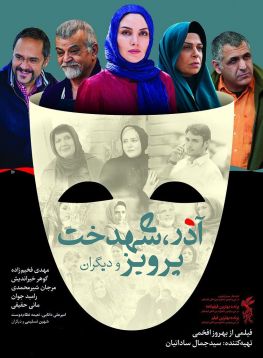