The film follows several different stories. The first is the story of a delinquent boy who needs to be corrected but is so uncontrollable that it involves everyone, and the second is the story of the boy’s mother’s interest in a lawyer who روان needs a psychoanalyst more than any other person because of the script’s weakness. The juvenile offender, who embarrassed his classmate, has an unknown motive for the crime and was expected to answer questions that would lead to his mental unraveling for the audience, given Hossein Mahkam’s background in screenwriting. “Conditional release” should have less screenwriting holes, at least compared to other works of Iranian cinema day. But this expectation was in vain, because Mahkam’s first film in the screenplay section is even a few steps behind the works he had previously written.

Be the first to review “Azadi Mashroot” Cancel reply 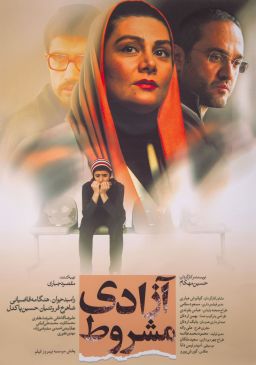