Keyvan Kamali was sentenced to 20 years in prison and was released on parole after serving ten years. Avoiding any offense, crime, strife and conflict is the biggest challenge facing Saturn Kamali in the face of unbridled society. The public screening of the film began on October 17, 2017 with 20 cinemas in Tehran and 85 cinemas in other cities of the country. The first public screening of the film was on October 17, 1996, at the same time as the screening of the film at the Cambridge International Film Festival in the United Kingdom, with the presence of director Hossein Shahabi, Amir Jafari, Diba Zahedi, Shaghayegh Farahani, Leila Otadi and other actors at Mellat Cinema Campus. It was held in Tehran.

Be the first to review “Azadi Be Gheide Shart” Cancel reply 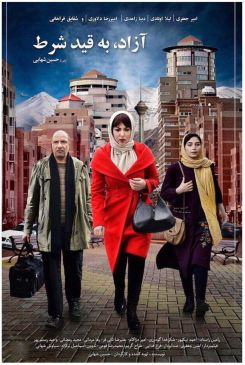