Freeway: A young cleric who is involved in a tragic romantic situation, inadvertently enters an adventure, he, who also calls himself a judge, finds himself at a crossroads between choice between love and faith. The role of a young cleric named Majid with the accent of the beautiful city of Isfahan has been mentioned as the strength of the film. The first thing that can be said about this film; It is the script that is usually the first step in film criticism, but there is nothing to criticize in this film! The characters are very vulnerable and the audience is not given any information about why they behave, so we only see people in the film who have names and for whom only dialogues are intended. In addition to this, there is another point, and that is the very bad and immature games of the actors. Hooman Sidi tries to play the role of a nervous young man whose gender is external, but in showing them he only makes funny gestures. Worse than Sidi is Mehdi Pakdel, who was not suitable for this role (student) at all.

Be the first to review “Azad RahIranian Movie” Cancel reply 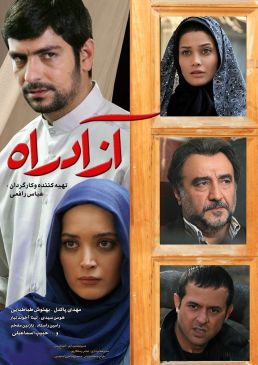