Azma Better: Azma Better is a semi-intellectual journalism that has not received much attention from the public. Until he writes a series of reports that are quite popular and about Ramali. Although the publication of these reports makes Ehsan famous as a successful journalist, it causes him strange troubles and… Reza Attaran plays the role of a journalist and intellectual named Ehsan Shahrzadi who has a good imagination. And using the technique of storytelling and combining imagination and reality, he writes in “Mardami” newspaper; Better than us is neither social comedy nor political comedy nor horror comedy (the film was introduced before the release by the director of horror comedy) nor any other comedy. The best genre that can be introduced for the film is fantasy, not in the sense of mere fantasy, but in the sense that he himself is confused about what he wants to say.

Be the first to review “Az Ma Behtaron” Cancel reply 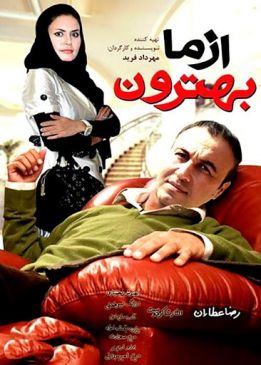