The Song of the Sparrows: This film deals with the story of a simple and middle-aged man named Karim. He works on an animal farm and is fascinated by ostriches and has a psychological and emotional connection with them. Coincidentally, one of the ostriches escapes from the farm. Karim searches for him for a few days, but fails to find him and is fired. Foreign Media Comments: Stephen Holden wrote in the New York Times about this film: Although the song of the sparrows is a sign of a naturalistic drama, it is in fact a collection of very moral lessons. وی. Oh you. “Like most of Majidi’s films, this time the filming is very good and the role-playing is realistic and restrained,” wrote New York Post author Masto, referring to a scene from a sparrow singing in which Karim transforms his fugitive ostrich into an animal. 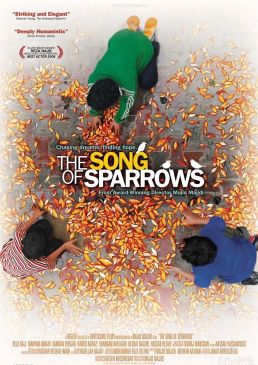