The architect, Sayeh, goes to a lawyer to divorce his wife, Yusef, who is a civil engineer, but accidentally walks into a psychologist’s office, and … According to Milani, at the ceasefire, it was the film that showed him, What should be the format of the film; What about another movie? Which was about tradition and modernity. “In Ceasefire, we’re not just trying to make the audience laugh, and our goal is not to make money and do business, but to raise the mindset of people in the community,” says Milani. In the final sequence, for a moment in the presence of their psychologist, they repeat the previous type of warning and conversation; But this time everything is a joke. They have matured and the film ends well and happily. This problem is also present in the ceasefire film. The characterizations are such that they prevent the men and women from watching the situation equally and impartially.

Be the first to review “AtashbasIranian Movie” Cancel reply 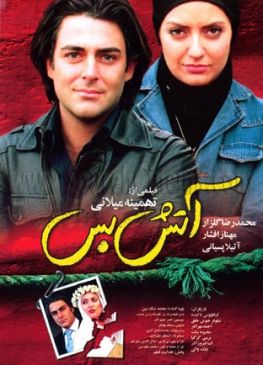