The film is about a girl named Soghand who wants to continue her education abroad, but for this dream, Bid will act according to her father, that is, get married, and… actors such as Kambiz Dirbaz, Melika Sharifinia, Mohammad Bakhshi, Abbas Jamshidi, Homa Khakpash , Shahin Taslimi and Sirus Meymant have played roles in this film. This film is similar to different works in terms of structure (form), content and production environment. According to various criteria, it can be said that the related works of the film do not fit: the film Rabbit, the film of the same day, the film The Ringing Circle, the film Absolute Rest and the film Lamp 100. Melika Sharifinia (born November 12, 1986 in Tehran) is a film actress. And Iranian television. She is the daughter of Azita Hajian and Mohammad Reza Sharifinia, film and television actors, and the sister of Mehraveh Sharifinia. In addition to acting, he studied graphic arts and is active in the fields of graphics, photography, book illustration and volume production. He started acting in cinema in 1991 with a film called Ovinar directed by Shahram Asadi.

Be the first to review “Aslan Joor Darnemiad” Cancel reply 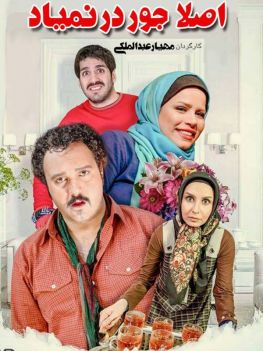