Lovely Garbage Video One day after the election, when the opposition and protesters are gathering in the streets of Tehran, some fugitive demonstrators enter the old woman’s house by the security forces and hide there. After leaving the house, they notice a sign on the old woman’s door and according to the rumors of those days, they inform the old woman that they will probably return to her house in the coming days. There are four picture frames of four men in the old woman’s room. The larger photo belongs to the old woman’s wife, who apparently was a supporter of Mossadegh, something that happened to her during the coup d’état of 28 August, and although she is a supporter of the monarchy, she went to Hajj after the revolution and changed her behavior. The second man is the eldest son of an old woman who was martyred in the Iran-Iraq war. 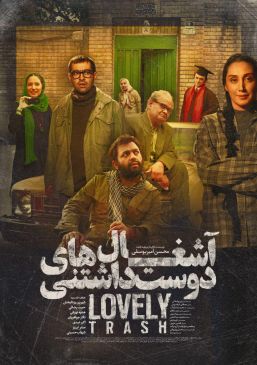