The King’s White Horse: The film is about a young girl named Marie who is released from prison after a few months and tries to find her fiancé. She goes to Yashar Doost Soheil to find her fiancé and get out of the crisis in her life; But it does not take long for him to realize that Soheil is about to marry another girl… The story of the film is a popular story about the love of a southern city girl (Elnaz Shakerdoust) named Marie to his new wife and his betrayer, Soheil, and the difficulties The way this love endures. Latifi has put Saeed’s death in the heart of the story in order to touch the emotions of the Iranian audience, but because the characterization of Saeed’s predecessor is very weak. His death never seems important to the audience. He goes on to say that Maryam is in a black and ruined condition, which it is not clear whether she is sad for Saeed or the confusion of her condition, whatever it is, does not give the audience any good feeling.

Be the first to review “Asbe Sefide Padeshah” Cancel reply 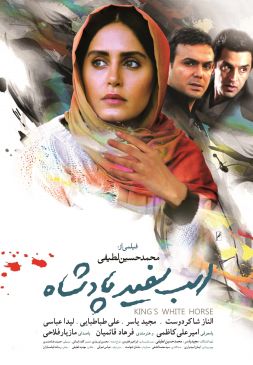