I am not angry Navid Mohammad’s story is a star-studded and expelled student who practices to provide the minimum living conditions in the face of the immorality of society, so that he is not “angry” and tries to make his favorite girl “Star” play Baran Kowsari. Do not miss… .. The version that was screened at the 32nd Fajr Film Festival was censored and the end of the film was removed with 17 min. It is said that some people have only announced the possibility of showing the film if more than 30 minutes are removed from the film! The film makes explicit references to the eight years of Mahmoud Ahmadinejad’s presidency and is the story of an expelled and starred student, which is why it has been dubbed a “pro-sedition film” by supporters of the Islamic Republic. I’m not angry! After its first screening at the Fajr Film Festival at the Azadi Cinema, it was well received by the people; So that in the very first chance of the show, it reached an extraordinary chance and the ticket buying queues were formed in front of the festival cinemas. But after the national release and compared to other works released in 1996 and 1997, which was the golden year of Iranian cinema with sales of 13 to 15 billion, sales were very low and did not exceed 3 billion tomans. 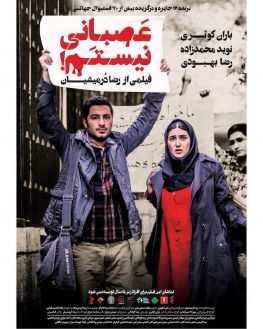