201890 minComedy, Ejtemaei
+ Playlist
Sign in to add this movie to a playlist.
0

The film “Arous Bandar” is a comedy and comedy film and its story is about a young boy who leaves his family and country under the pretext of studying and leaves Iran, but does not go to school or university at all, but to a singer. It becomes underground. From the beginning, he hides the truth from everyone, including his family. Even Mufayeh, who returns to Iran, lies that he studied zoology abroad. This lie bothers him and he eventually marries a port girl.

Be the first to review “Arouse Bandar” Cancel reply 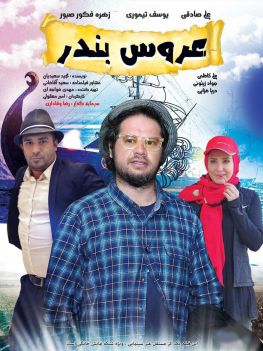