200591 minEjtemaei, Ghadimi
+ Playlist
Sign in to add this movie to a playlist.
0

In the story of the Persian puppet, Shahab Salek is a well-established man and a successful legal lawyer, justified and firm in his professional and social position, but carefree in his personal life, willingly or unwillingly, out of love or lust, day and night. Thought. A simple and ordinary girl who, despite her daily life, is incomprehensible. Although Shahab’s tendency is nothing more than a whim, he gradually becomes so deep that it seems difficult to recognize him from love, and at this point the story suddenly changes… Farhad Saba is the director of cinematography for Iranian cinema and television. Among Farhad Saba’s most important works, we can mention his activities in the series Once Upon a Time, the series Gol Pamchal and the film Paper Without Line. Saba started his career in cinema and in 1975 he worked as a cinematographer in the film Mir Nasir and the Unfortunate Giant directed by Behnam Jafari.

Be the first to review “Arousak Farangi” Cancel reply 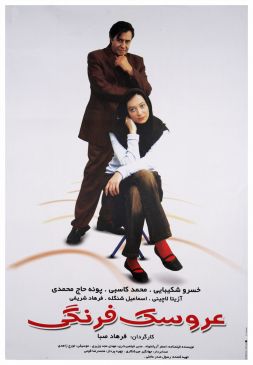