Snow Maiden Movie: A police officer who kidnaps his wife on a wedding night to seduce her. Major Amir Hossein Fathi’s son-in-law, played by Sam Derakhshani, searches for his young Russian kidnapper, but the first suspects do not get him anywhere, and eventually he encounters someone. Has experienced in this work. Among the actors of Snow Bride, the first 5 collaborations took place, in other words, in this film, a cooperation relationship was formed between each of the 5 actors, and 5 collaborations took place for the first time in Snow Bride. Such as: Babak Hamidian and Sam Derakhshani, Babak Hamidian and Saeed Pirdost, Sam Derakhshani and Soodabeh Beizai, Soodabeh Beizai and Saeed Pirdost, Soodabeh Beizai and Kianoosh Gerami. This film is similar to different works in terms of structure (form), content and production environment.

Be the first to review “Aroos Barfi” Cancel reply 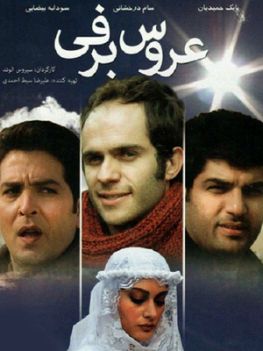