2007100 minEjtemaei, Ghadimi, Khanevadegi
+ Playlist
Sign in to add this movie to a playlist.
0

As the title suggests, we are going to see a film that deals with the dead and the graveyard. Mehrdad Farid is a sign of taste and creativity of the director of the work. Tayebeh is the name of an old woman who has lived in Tehran Cemetery for many years. She has no children and her husband is dead. Tayyeba is paid for working in the cemetery and spends the rest of her life in the same life. It has been a while since he met a woman who he thinks is an exception. Because he is the only one who comes to his dead grave every day and prays for his forgiveness. Tayyeba considers this woman, who also looks wealthy, as an exception. Continuation of the story (spoiler): One of these days, a wealthy woman invites Tayyeba to her house. A house in the most expensive and remote part of the big city of Tehran. This invitation is an accident for Tayyeba. A big accident in old age. Because for a while, it brings him to life. A few days later, Tayyeba leaves the cemetery for the city. An illiterate old woman in a crowded city with an ocean of cars, smoke, noise! The next day, a line of everyday ambulances enters the cemetery again. Should Tayyaba be found among them? 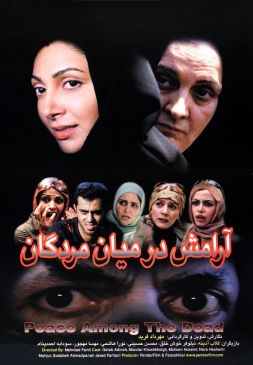