Afrooz Ardestani (Baran Kosari) is the captain of the Iranian women’s national futsal team. With Afrooz scoring, the national team will reach the final of the Asian Games for the first time and will leave for Malaysia. At Afrooz Airport, she finds out that she has been banned from leaving by her husband. Product of 2017. The music of this work is Karen Homayounfar. The subject of this film is similar to a real event that happened before; That is the story of Niloufar Ardalan leaving the country. But according to Baran Kowsari and Niloufar Ardalan, the story of the film has nothing to do with that story. One of the interesting points about this film is the presence of Baran Kowsari in the role of a football player. Kowsari has lost more than 20 kilos to play this role. The first screening of this film was in the 36th Fajr Film Festival. The screening of this film started in September of last year, and according to Soheil Birghi, this film was banned by the art field and was not allowed to be shown in cinemas in this field (about 96 cinemas). One of the important points of this film is the candidacy of all the main actors of this film in the 36th Fajr Film Festival, which has been a rare event in the history of Iranian cinema. Also, in the 36th Fajr Film Festival, he has been nominated for Crystal Simorgh in 8 fields, and he has received 3 Simorghs from this festival.

Be the first to review “Araghe Sard” Cancel reply 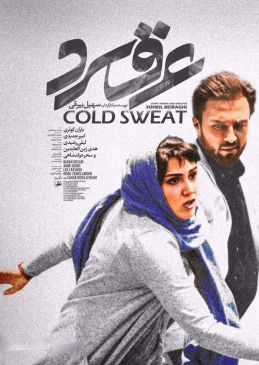