It is a social work and it narrates the events of the community day. The film takes place in a hospital and addresses community issues from this particular location, which is full of anxiety and worry. The non-selection of Appendix at the 35th Fajr Film Festival, which won the Best Screenplay award at the Montreal Film Festival in Canada, sparked controversy over the film. The noteworthy point in this incident was the silence of Hossein Namazi in front of this issue. He did not speak to any media for months about his film not appearing at the Fajr Film Festival. After the end of the festival and the distribution of awards, the film “Appendix” was screened for the first time in the “House of Artists” with the presence of critics and writers of Iranian cinema. After the screening of the film, several criticisms were written in praise of it, and why the film did not attend the Fajr Film Festival was an unanswered question from critics of the festival officials. The first article was published by Houshang Golmakani, a well-known critic and editor of the film cinema monthly. He wrote; “Now I saw the film” Appendix “made by Hossein Namazi in the House of Artists; A film that was not accepted at the Fajr Festival. Another good first film, with good direction, accurate script and good model of Farhadi’s works (uncertain end menus) with two remarkable games.

Be the first to review “Appendix” Cancel reply 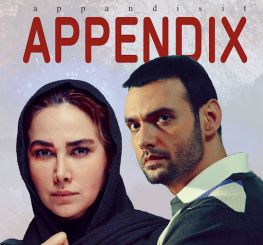