The story of Andranik is about a young Armenian poet named “Andarnik” who is being chased by a captain of the regime because he has lost his ranks due to his escape. In search of Andarnik, the captain goes to the house of an Armenian priest to find a trace of him, but…. The story of “Andranik” takes place in 1328 in the city of Urmia. Rev. Armen Petrosian (Reza Behboodi), along with his daughter Sonia (Elham Korda) and church attendant Yurik, live in a small church until the arrival of Capt. Shahrokh Tash (Saeed Changizian) puts the Christian family in a moral dilemma. . Capt. Shahrokh Tash, who fought side by side with Armen’s father many years ago in the jungle, now joins government forces and plans to resurrect his lost stars and status by plotting to arrest a freedom-loving poet named Andranik, who has just arrived in Iran. Andranik tells his simple story with the help of ping-pong dialogues, and what gives life to the whole narrative is the confrontation between two old comrades and contemporaries who are now facing each other. Capt. Shahrokh Tash tries to find out about Andranik, and Armen’s father tries to prove that he has no information about Andranik, while he takes refuge in Andranik and during the fiery conversation between the two, Andranik hides in his father’s room.

Be the first to review “Andranik” Cancel reply 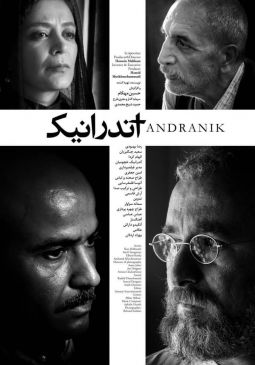