What men do not know about women: In summary, what men do not know about women is a doctor who, despite having a wife and two children, still insists that men have the right to conceive and marry a second wife. He is younger than himself, meets in the hospital and has a temporary marriage. He leaves his family every night under one pretext and goes to his second wife’s house. The first wife of a kind-hearted woman and her family are very good, but she does not appreciate them, and all she thinks about is her new husband. Until she realizes that her second wife is pregnant and their child is born. The young girl whose name is in this movie Honey says on the night of the end of their temporary marriage that she did not want a child and the child has nothing to do with it and does not intend to extend her temporary marriage. But the man does not accept and becomes dependent on her. He completes himself and goes abroad to his mother in America. 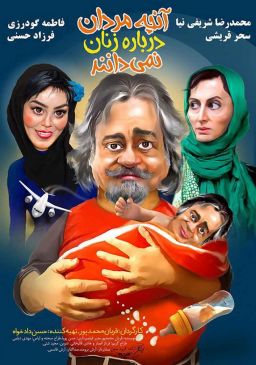