Amir Ali’s movie comes to Tehran in search of his ex-wife and son. Despite family problems, Amir is trying to solve the problems of distant people in his own way. “Amir” movie review: The most important feature of “Amir” movie is its shooting style. When we watch the film, we are confronted with different frames that have quasi-minimalist allusions and somehow capture the nature of life around the characters in the story. We have already seen the most artistic style of filming of this kind in the acclaimed Polish film “Ida”, and for fans of the series, the title “Mr. Robot” can be a good option to mention. In her first directing experience, Nima Eghlima made a courageous decision to use such a style of filming, and along with that, the atmosphere and dark colors of the film also reflected the mood of the characters in the story.

Be the first to review “Amir Iranian Movie” Cancel reply 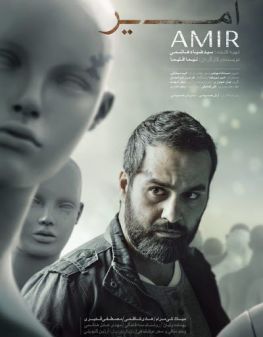