Amin’s movie ‌ We will say: In the summary of Amin’s story, we will say that after the breakdown and non-repair of the Haft station bridge, Hassan, who is in charge of the basic device that can cross passengers and goods across the river, is called Gargar. The transfer of different people who want to cross the river causes problems in Hassan’s normal and repetitive life… “We will say Amen” is the fourth film made by Saman Salwar, which has so far made films such as “Inhabitants of the Land of Silence”, “A few kilos of dates for burial” Has directed “Tehran’s lonely song”, “Thirteen 59” and “Raspberry”.

Be the first to review “Amin Khahim Goft” Cancel reply 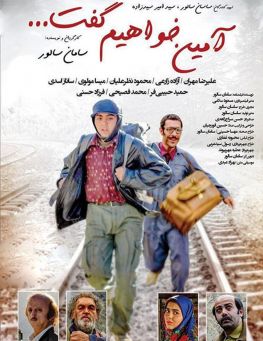