2019Drama, Ejtemaei, Khanevadegi
+ Playlist
Sign in to add this movie to a playlist.
0

Alma Group Movie: It is about a man named Peyman who leaves Alma Group after 15 years due to a failed love affair and with his departure causes Alma Group to collapse. Peyman returns to Iran after the death of Master Bayat (Alma’s father) and after returning to Iran, he realizes that Alma has been hospitalized in a psychiatric hospital due to the death of his son. He stays and has a failed and fruitless love and the will of Master Bayat to bring Alma back to life and… Abbas Moradian in his repertoire of making comedy films “Clown” and “Mom Behrooz hit me”. This Iranian film is the latest work of this expatriate director who went in front of the camera in Tehran in the summer of 1994 and appeared on the home theater network in the spring of 2009. Other elements of the film: Director of Photography: Omid Negarshi, Sound Recordist: Hadi Afshar, Costume Designer: Reza Soleimani, Editor: Roozbeh Kalbasi, Voice: Mahmoud Mousavinejad, Composer: Reza Khosravi, Writer: Peyman Abbasi, Makeup Designer:

Be the first to review “Alma Group” Cancel reply 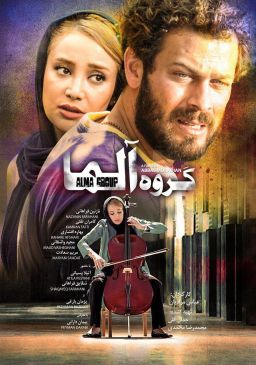