Make Your Morality Good: Angels have a duty to send people to another world, but in one case they make a mistake and the two people who sent them to that world come back. Contrary to expectations, the film did not make me laugh much while the two had returned to this world on a mission. Attaran in the role of the angel of death is the main taste of the film and Razavian forms the worst parts of the film with the same principles of TV satire. Elham Hamidi fits with her unobtrusive, innocent and attractive face in the role of a street woman. The farthest role that can be considered for Hamidi; Although his character does not fit in the story in any way, we have no background from him and we do not know the reason for his work, and this makes his final transformation seem incomplete and meaningless. The relationship between Abraham and him never deepens. Innocent Hamidi’s face may have made Ibrahim’s love for him a little believable, but everything goes on the surface.

Be the first to review “Akhlagheto Khoob Kon” Cancel reply 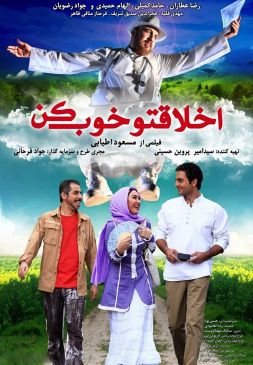