2017Comedy, Khanevadegi
+ Playlist
Sign in to add this movie to a playlist.
0

“Have you ever seen the life around you without censorship ?! Well, what if I want to see, but maybe I do not want to see… “” Mr. Censor “is a film in the comedy-family and social genre, written and directed by” Ali Jabbarzadeh “and produced in 1396 in Iranian cinema. The actors of this film include “Mohammad Reza Forootan”, “Bahram Afshari”, “Bahareh Rahnama”, “Behnoosh Bakhtiari” and “Mahmoud Pak Niat”. Mr. Censor is the first comedy film to be screened in the coronation year of the Leap of Production from the second half of 1999. Mr. Censor is one of the few films in which Mohammad Reza Forootan, a veteran actor in our country’s cinema, has a comic and non-serious role. Mr. Censor was directed by Ali Jabbarzadeh and produced by Mr. Censor Gholamreza Gomarki. Watching the lives of the people who live with us, without censorship, is definitely interesting and fascinating. It is always interesting to see the facts without censorship, which Mr. Censor intends to narrate with a touch of humor. Mr. Censor is the director’s first feature film, and the possibility of selling it for tens of billions is not far off. Of course, we have to wait for the cinemas to reopen.

Be the first to review “Aghaye Sansour” Cancel reply 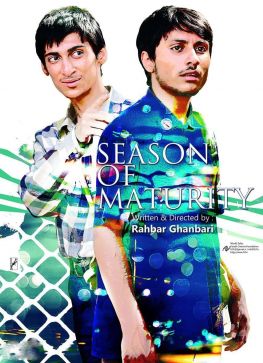