Mr. Haft Rang: A man who enters a house with the intention of stealing accidentally discovers the second secret marriage of a local council official and decides to take advantage of it موضوع… Mr. Haft Rang, as As its name suggests, its first character is a misdemeanor in several respects with comic book characters, and was first licensed under the name “When I Was a Thief” and then renamed “Mr. Thief”. This is the third film made by “Shahram Shah Hosseini” which, like his two previous works, “Full Crow” and “Women are Angels”, has been made with the direct aim of attracting viewers and high sales at the box office, and has been approved by critics and audiences, or He does not participate in foreign and even domestic festivals, because the account of commercial cinema and body in Iran is different from other genres.

Be the first to review “Aghaye 7Rang” Cancel reply 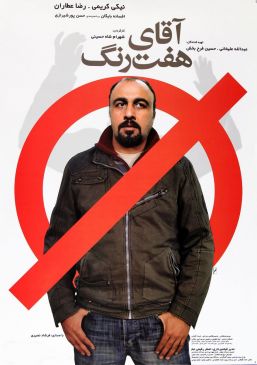