We do not admit the movie: Hamreza Moghadam (Froutan) is a prominent professor with a university background whose wife Mahtab’s doubts about his relationship with one of his students lead to an unpredictable catastrophe. Mohammad Reza Forootan and Hedyeh Tehrani, who became the stars of Iranian cinema many years ago with the film “Red”, are present in the film. Sara Bayat has been the mountain of sorrow in Iranian cinema in recent years, and is considered another film actress. If you follow the theater, you will also know Hamid Reza Azarang and Pantea Panahi, who are among the best in the country. Hamidreza Azarang and Hedyeh Tehrani have shown good games. But more than a Tehrani gift, this is a colorful game that is heartwarming. The film manages to unravel the main knots of the story at the end. It is a positive thing that the film does not breathe during the narration of its story and has a definite conclusion at the end.

Be the first to review “Adat Nemikonim” Cancel reply 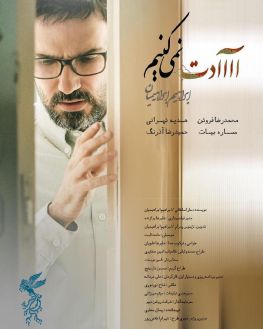