In the summary of the story of the purple clouds, Ahmad is informed that Parvaneh, his sister, friend and former classmate has left his house and family in the city and has come to Tehran. Ahmed agrees to find the butterfly and convinces him to return to his home and family. What Shaykh intends to achieve is to place two symmetrical progressive narratives that lead to a common goal. In other words, the development of the story is done by the two main characters of the film, namely Ahmad (Hossein Yari) and Parvaneh (Hanieh Tavassoli), so that first, it is Ahmad who, at the request of his teenage friend Asghar, follows his fugitive sister, namely The butterfly turns and then, during a series of events, the butterfly is forced to look for Ahmed and find him; Eventually the two see each other. 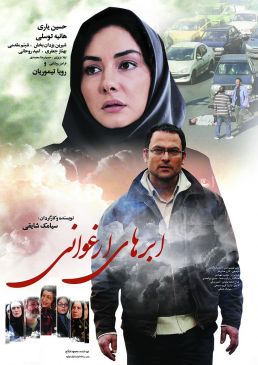