Maral plans to go abroad with her boyfriend Mehrdad. The Maral family has a traditional mindset and his brother Morteza, who is a violent person, is in conflict with him. This causes Maral to run away from home. At the same time, Morteza, with the help of Farhad’s family son-in-law, who is the husband of his aunt’s daughter, is trying to find Maral. They first go to his old classmate and then to Mehrdad and find out that Mehrdad has been unaware of Maral for the past four years. Meanwhile, Maral spends time with his street friend Negin, who goes to night parties with him. In the meantime, Maral and Negin disappear. Morteza finds out about Negin’s death through his mother. At the same time, a text message is sent to Morteza stating that someone knows about Maral. He shows this message to Farhad and then goes to the place alone. There, Negin gets in the car and Morteza realizes that Negin’s death was his own staging. Negin tells Morteza that Maral has been killed. Eventually, it turns out that Maral, who had a secret affair with Farhad, became pregnant by him and was killed by him. Negin tells Farhad that if he does not give her money for the price of Maral’s house, he will take her to the police with a video taken from the scene of Maral’s murder. Lou gives. Farhad gives the money, when Negin leaves, Morteza, his mother and Maryam (Farhad’s wife) go to Farhad’s house and kill him

Be the first to review “Abnabat Choobi” Cancel reply 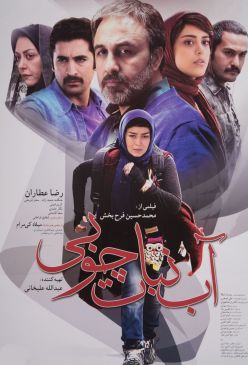