Eternal Day movie: The synopsis of this film is the story of a family that is involved in various problems such as addiction, poverty, unemployment and, most importantly, emotional relationships between family members. Following the relief from these problems, stories are formed while preparing for Somayeh’s wedding, which leads to events and changes in the relationship between family members. Bad and a day is a flip. It is a flip-flop to remind us of a forgotten class. The class buried under the thorns, misery, poverty, addiction, and collapsed complexes, and so on. The Torkhani family is the representative of this forgotten class. It is so forgotten that even when they had an argument in the alley with Amir’s friend, no one came to separate them. It seems that even the neighbors do not see them. Society values ​​them so much that no one, not even one, counts them. 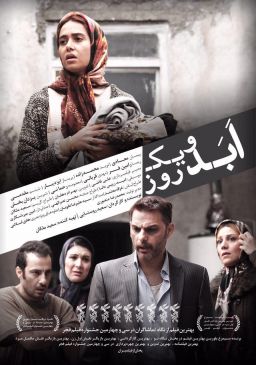