201589 minEjtemaei, Khanevadegi
+ Playlist
Sign in to add this movie to a playlist.
0

Seven Reverses Movie: I feel like I’ve always been on the edge of a precipice in my life, I like to jump down but I never dared, I do not اش I wish I could go back to fix something but alas it is impossible! Shahrooz is a young man who is a fugitive from his past. He was addicted and imprisoned for robbery. He has lost his love for his addiction and decides to choose the right way of life after his release from prison. But he is not sure of himself. With this wish, Shahrooz goes back the story of his life week by week. Maybe he realizes the challenges and shortcomings. The guide separates the path from the well for him. But he still has not found the capacity to be different… “Seven Reverses” with a social theme is simulated in the fantasy genre. In other words, this film is an Iranianized version of a repetitive story that has already been repeatedly experienced in world cinema.

Be the first to review “7 Maekoos” Cancel reply 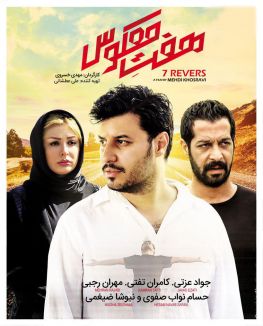