201090 minGhadimi, Khanevadegi
+ Playlist
Sign in to add this movie to a playlist.
0

Seven min until autumn: Maryam and Farhad’s life is on the verge of collapse. Mitra, Maryam’s older sister, is trying to help this life. Mitra, Maryam and Nima (Mitra’s husband) go north for his wife’s business trip and have an accident, and his daughter Sarah dies in an accident. مرگ Basically, death plays an important role in Amini’s work, and in “Seven Minutes to Fall” The role becomes even more colorful. Death in this story is something between tragedy and the natural flow of life. Without attracting the viewer’s attention, Amini shows death from different angles and reflects the reaction of the survivors and shows that death occurs in any situation, no matter how hard and crushing, it must eventually be built and moved forward. Whether a woman realizes that her husband has committed suicide and that her death was not accidental, and whether Mitra, whose daughter’s spring is autumn, everyone learns to cope with this grief and move on with her life.

Be the first to review “7 Daghighe Ta Paiz” Cancel reply 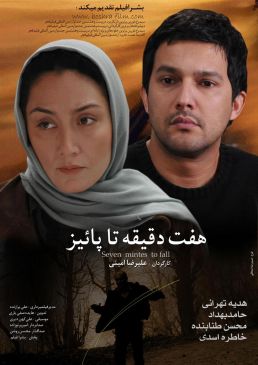