201389 minComedy, Ejtemaei
+ Playlist
Sign in to add this movie to a playlist.
0

The last Thursday of the month depicts a social and religious theme in a humorous situation and tells the story of several young people who plan to gather in a house together and have a party. Rouhani enters this house and فیلم this film is made according to the same approach of paying attention to social concerns and in terms of the initial idea, it has an interesting and original idea which is accompanied by the creation of humorous situations and the story Moves the film forward. The author bases the work on mistakes, surprises and unexpected events, and therefore entertainment is the main focus of the story. Actors: Mahmoud Pakniat, Shabnam Gholiyeh Khani, Ali Bakaian, Ali Keshvari, Sina Soheili, Laleh Karimi, Alma Saadatifar, Saeed Tavakoli, Mojtaba Ghorbani, Saeed Arab, Masoud Abu Saeedi, Zahra Khazraei, Ali Anvarian, Nasser Forough, Mohammad Delgosha and others Introduction of Javad Asghari

Be the first to review “5Shanbe Akhar Mah” Cancel reply 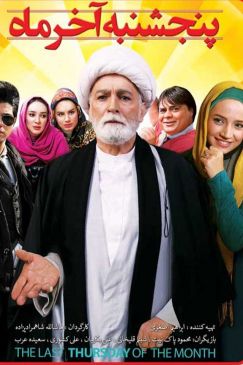