Nobody knows what is going to happen to him and what day is waiting for him. They also did not know that Wednesday is going to be a special day for them! Wednesday film is about 2 years ago, when Akram’s father got involved on the day of his engagement, and in this fight, he was killed by one of the groom’s close relatives, and after a while, the killer was sentenced to death. Today is the day after a few years. Akram, his brother, mother and sister had to go to the court to sign the request for retribution, but there was a problem and they could not go. “Wednesday” is Soroush Mohammadzadeh’s first work, which is It was screened in the Art and Experience section of the 34th Fajr Film Festival and won the statuette for best director; And it has just entered the home network. We have taken a look at this movie under this pretext. “Wednesday” is a well-made film. It is full of beautiful and eye-catching plans.

Be the first to review “4ShanbehIranian Movie” Cancel reply 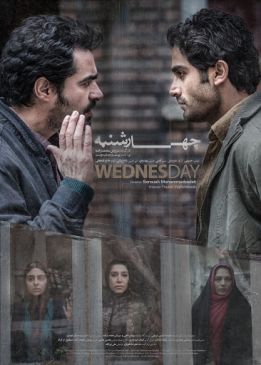