Bahman and Ahad have a bankrupt clothing manufacturer in Plasco. Uhud wants to marry Laden, but Laden’s father opposes. One night, Laden gets into a fight with his father and runs away from home and goes to Uhud. Uhud hides him in a production and closes the door, and with Bahman, they seek to make money. Mustafa Kiai, since making his first film, “Dog Afternoon”, has shown a spark of genius and knowledge of body cinema that has become more colorful with each film and after each experience. Kiai should be considered a filmmaker who has social concerns and instead of reflecting these concerns in the form of watery melodramas that we are fed up with watching these days, he has made his own cinema and has a good relationship with the viewer by showing these concerns in attractive and sometimes comedy and humorous skins. Has established. The “Ice Age”, which was a continuation of Kiai’s “Special Path” and previous works, showed that Kiai, in addition to his ability to promote a character-packed and compelling drama, can tell the story of different people in the form of networked relationships with well-placed characters. Accompany the viewer with fascinating ups and downs and finally transfer his professionalism to him; But perhaps “Barcode” can be considered the best and most mature work of Kiai to date.

Be the first to review “4Rah Istanbul” Cancel reply 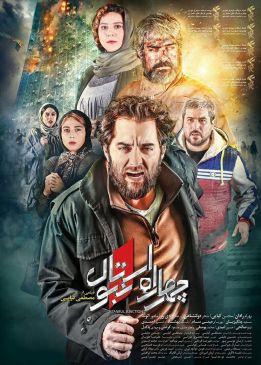