201372 minEjtemaei, Khanevadegi
+ Playlist
Sign in to add this movie to a playlist.
0

Three Hundred and Sixteen: Film 316 by Peyman Haqqani, in which the legs of the characters narrate the story of the film, a woman narrates the memories of her life and country from birth to death. This is the first film of its kind. A movie with funny, sad and weird stories is an excuse for storytelling! Something that is not fashionable for the thinking and intellectual cinema these days, and in my opinion, is the beginning of the reconciliation of the non-serious spectator of the cinema with the thinking cinema. Three hundred and sixteen stories are the life of an ordinary woman from her birth to the last moments of her life! An ordinary person who is not fashionable at all these days. Impressed by Lawrence Stern’s novel, we started the film before he was born and met his parents, and followed with the birth of a woman herself.

Be the first to review “316Iranian Movie” Cancel reply 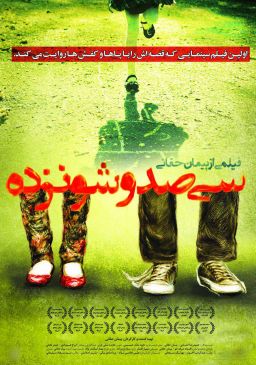