The movie “Three Aliens”: is the story of three foreign agents who enter Iran to carry out an operation with a precise and predetermined plan, but from the moment of arrival, they face special situations that disrupt their plans. The film “Three Aliens” is a sign of vulgar cinema that has no place in Iranian cinema, so that the viewer forgets this film as soon as he leaves the cinema. This film has nothing positive to offer, because “Three Aliens” is part of all aspects, even the acting of its actors. The weakest films of these few years are Iranian cinema. It is unfortunate that among all these important and valuable films that have been banned or do not have the conditions to be screened, a film made by a filmmaker on a Persian-language Turkish network will be shown in the best season. Is working.

Be the first to review “3 Biganeh” Cancel reply 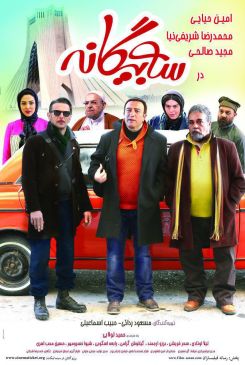