Two halves of an apple: Shadow and Farah, two very similar twin sisters who each live in the same family, see each other for the first time at their mother’s grave, and they have no doubt that they are separated and alien sisters. Each has its own problems and decides to change places to experience new conditions in a strange environment and taste the unknown. But there is a big and unwanted problem that must be overcome پیش About the director: Kianoosh Ayari is the editor of Iranian cinema and television. He was born in 1330. Among Kianoosh Ayari’s most important works, we can mention his activities in the series Roozgar Gharib, the film “Father’s House” and the film “Magnificent Day”. Kianoosh Ayari started his career in cinema and in 1987, at the age of 36, he worked as a director in the film Beyond the Fire.

Be the first to review “2 Nime Sib” Cancel reply 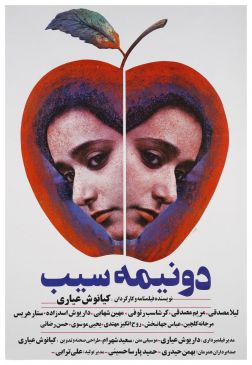