198994 minComedy, Ejtemaei, Ghadimi
+ Playlist
Sign in to add this movie to a playlist.
0

In the synopsis of two films with one ticket, a director returns from the United States years later to make his first film. The first male actor in the film is unable to continue his work due to an accident. The film must arrive at the festival on time, and the director, after much searching, finds a traveling salesman who is very similar to the filmmaker. The director decides to use the presence of a traveling salesman in the film. On the other hand, the first female actress is involved in family issues and intends to travel to the United States. About the director: Dariush Farhang is the director of Iranian cinema and television. He was born in 1326. Dariush Farhang’s most important works include directing another birthday series, the series The Legend of the Sultan and the Shepherd, and the series The Enchanted. He started his career in cinema and in 1981, at the age of 34, he worked as a director in the film Rasool, son of Abolghasem. Although the success of this work was not more than its next landmark works like another birthday series, but it is a good experience for Dariush Farhang and he experienced collaboration with artists such as Maryam Kaviani, Gholam Hossein Lotfi and Mohammad Matie. He also spent a lot of time in the field of cinema and television in 1998 and has been involved in the production of important works. An important work of Dariush Farhang this year is his activity in another birthday series as a director. 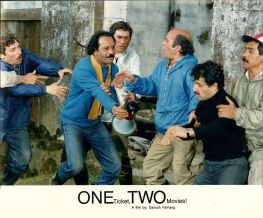