Mani is a 13-year-old boy whose parents are on the verge of separation. The mother leaves home and the father is drowning. Because of his loneliness and the complexities that have arisen for him, Bemani seeks refuge in youths older than himself, and this causes a change in him that changes his true and original identity. Just when this guy needs to stabilize his personality, he meets people and enters adventures with them that cause events in his life, the choice of names has been quite smart. So when Bemani is called early in the film, it is completely foreign to the viewer and he has to wait for ten minutes of the film to dedicate himself to the viewer with the film. And when that happens, the whole hall is given to the film.

Be the first to review “13Iranian Movie” Cancel reply 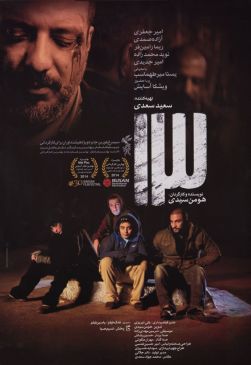